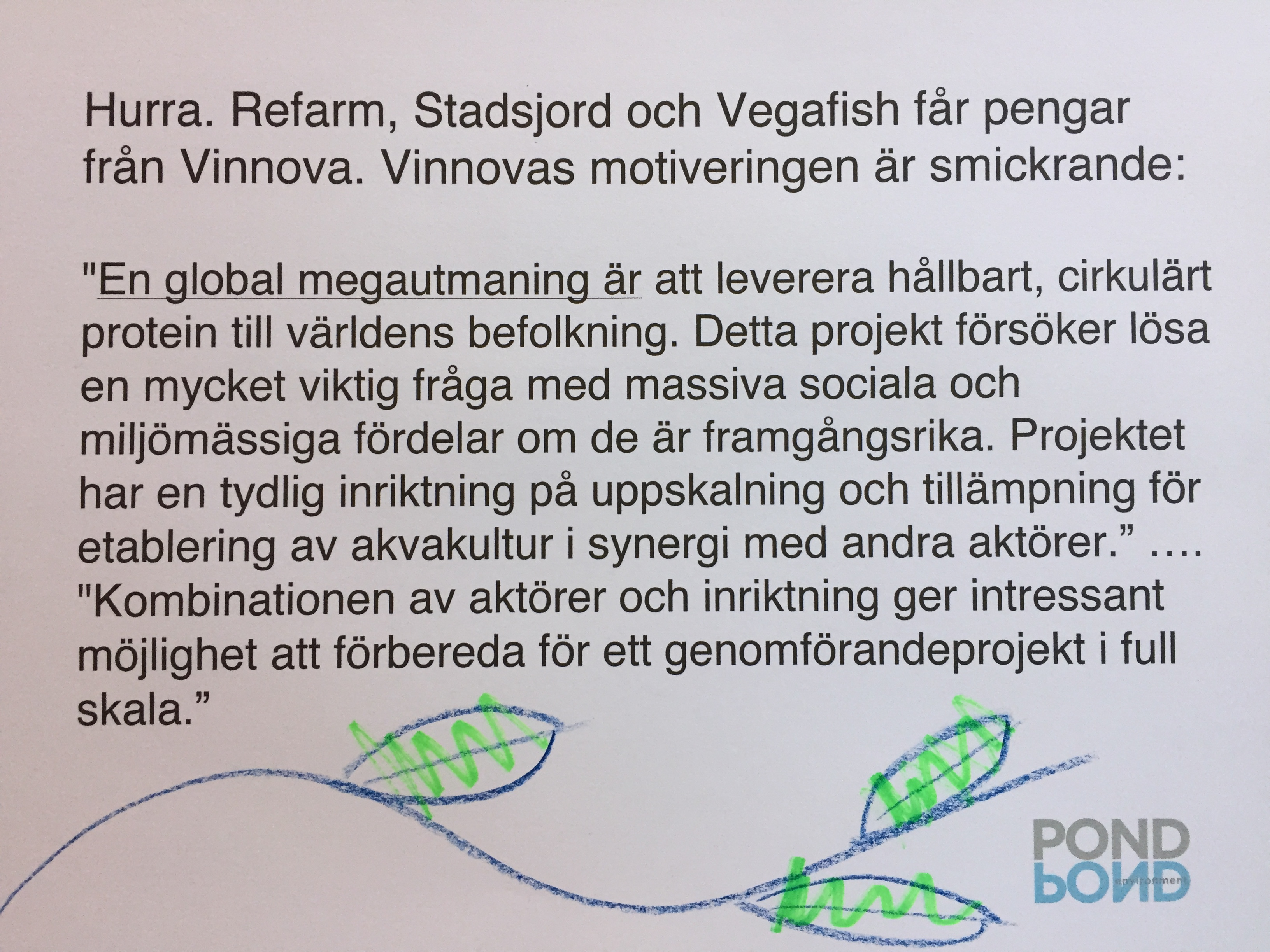 2016 Vinnova granted Pond/Stadsjord support to investigate ways to produce food from the block to fish produced in Göteborg or in other urban environments. More than 50% of the worlds fish derives from aquaculture and the balance between captured fish and farmed changes every day. More and more farmed fish and less captured. In order to raise the volumes of farmed fish we must find new food to let the oceans rest. Fish feed from urban food waste will be a solution according to Pond and many others.